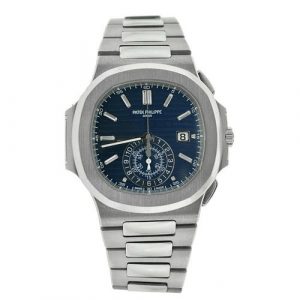 To celebrate the 40th anniversary of the Nautilus wristwatch, Patek Philippe launched several limited-edition versions with embossed dials. Included among these chronograph wristwatches is a Nautilus with a date feature and a 44-millimeter case, the largest case in the Nautilus family. Patek Philippe produced 1,300 of these watches. Presented in Kodner Galleries’ upcoming Estate Jewelry, Art & Collectibles auction is an 18-karat white gold Nautilus wristwatch with an automatic self-winding jewel movement. The sale also offers other Nautilus pieces, including the 5711-1R in rose gold.

A selection of jewelry, including diamond rings, necklaces, and earrings, is also showcased. Featured is a vintage Tahitian gray pearl necklace. Known for their rainbow colors, these pearls are cultured in Pinctada margartifera oysters. Common legends hold that Oro (the war god) offered a black Tahitian pearl to the Princess of Bora Bora as a token of his love.

Also featured is a Yamaha baby grand piano from the 20th century. The grand piano was first introduced in 1902 by Torakusu Yamaha, the founder of the company. Yamaha sent his grand piano to the 1904 St. Louis World’s Fair, where it received an Honorary Grand Prize. Today, Yamaha Corporation is the largest manufacturer of musical instruments in the world. Interested bidders can explore the full listings and register to bid online on Bidsquare.