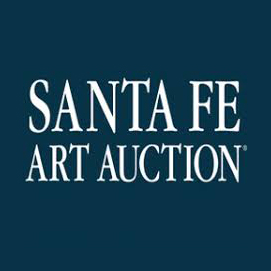 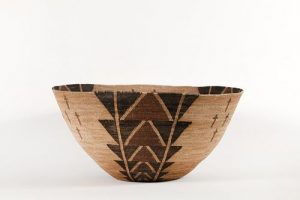 In many Native American cultures, the deer is considered a messenger, a keeper of the Earth, and an animal of power. It symbolizes gentleness, safety, prosperity, and shelter. A Cherokee legend tells that the deer and the rabbit raced to see which was the fastest, but the rabbit cheated before the race. As a result, it was forced to give the deer its antlers. Among the featured lots in the upcoming Western Decorative Arts & Objects sale, presented by Santa Fe Art Auction, is an untitled deer painting from Popovi Da. In the piece, two dancing deer and a skunk are shown in movement. A tree stands in the background.

The event also includes a gouache on paper piece by Tony Da. The grandson of famed potter Maria Martinez and the son of Popovi Da, the artist supported the legacy of his family by pioneering bold innovations. Tony Da often used prehistoric Mimbres designs as subjects for his paintings. The available 1969 work is rendered in his signature style. Beyond fine art, the sale also offers pottery and rugs. View the complete catalog and register to bid on Bidsquare.