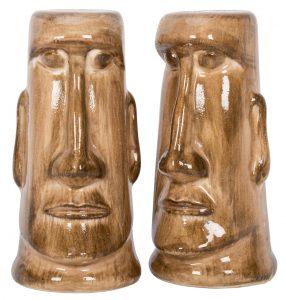 Charles Ridgway was one of the only journalists to write a positive review of Disneyland’s opening day in July of 1955. The park ran out of food and most of the rides broke down. But Ridgway came early enough to try the food and stayed late enough for the rides to re-open. He eventually joined Disney’s PR team and had a window on Disneyland’s Main Street, USA named after him. The window display honoring Ridgway is one of the highlighted lots in the upcoming Disneyana auction, presented by Potter & Potter Auctions. The display reads “Ridgway and Company, Public Relations, No Event Too Small” and was used on Main Street until a crack emerged in the right pane.

From the Ridgway window to Japanese model toys, many of the auction’s lots were either used in Disneyland or directly inspired by it. This includes a metal sign used in the park during the 1960s and early 70s displaying its daily hours. Two magnetic panels are included in the lot, one reading “9 A.M. to 12 P.M.” and the other “10 A.M. to 6 P.M.” Other items from Disneyland include a sign for the Matterhorn announcing that the ride is closed for maintenance. Walt Disney first proposed an early version of the Matterhorn in 1956 but was met with resistance from the maintenance team. “We’re sorry… our bobsleds are unable to run today,” reads the sign in this auction, “(we just uncovered an ‘abominable problem’).”

Disney collectors will also find toys inspired by Disneyland attractions. Among these lots is a complete 100-piece model of Disneyland produced by Japanese company D’Agostino. The company sent individual pieces through the mail to collectors every month. Together, the 100 pieces create a 68-pound model of Disneyland with every building in the park represented. View the full catalog and register to bid online on the  Invaluable.