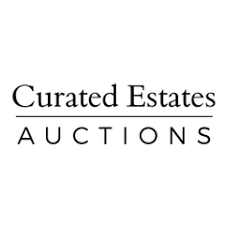 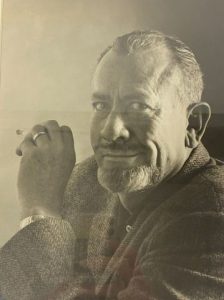 After remaining in storage for almost 20 years, a selection of ephemera, documents, and memorabilia from the estate of John and Elaine Steinbeck will come to auction. The event, offered by Curated Estates Auctions, will include more than 200 items from the couple’s life together. John Steinbeck’s novels on the Great Depression and the plight of migrant workers earned him the Nobel Prize for Literature in 1962, along with the Pulitzer Prize and a National Book Award along the way. Elaine Steinbeck, the author’s third wife, was accomplished in her own right. She was one of the first female stage managers on Broadway, working on the original production of Oklahoma! in 1943. The lots available in this sale particularly track their life together.

Among the key items are John and Elaine Steinbeck’s wedding album and the bridal hat shown in the photos. Three of the 28 photos are missing from the album, but Elaine wrote a code for the remaining pictures. She labeled the people shown in the photographs as well as her personal remarks about her wedding day: “Pat and the Judge (isn’t Pat Handsome?)… This is our favorite picture. Tom is saying, as usual, ‘You know what?’ and I guess I am saying ‘No! What!’” Another set of photos shows the couple vacationing in the Virgin Islands in 1959. Scenic views of the beaches are included alongside portraits of their family and friends.

Letters and manuscripts will also be highlighted in this auction. Elaine Steinbeck’s personal copy of East of Eden was printed as a limited first edition. Her version of the book was made by the publisher with an added first page, reading “this copy has been specially bound for Elaine Steinbeck.” Individual pages of John Steinbeck’s poetry, essays, and personal letters are available as well. Interested bidders can also find a 1954 photo of the Steinbecks in a small Tuscany town. Elaine wrote on the back of the photo that it was the only one showing her husband without his mustache. View these lots and browse the complete catalog on Bidsquare.