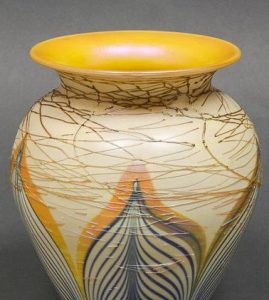 Emperor Kangxi (1654-1722) was the longest-reigning emperor of China. One of the cornerstones of his tenure was the rejuvenation of porcelain manufacturing. He oversaw the reopening of imperial factories, which had been dormant for 60 years. Featured in the New York City Estate Auction, presented by Showplace Antique + Design Center, is a porcelain vase made during the Kangxi period. The landscape scene decorating the vase shows towering mountains, a man looking out onto the river, and two mingling villagers.

Several ethnographic pieces represent Rajasthan, a present-day Indian state, in this sale. That includes an archway fragment dating back to the 12th century. Depictions of Vishnu and other Hindu figures are crafted into the arch. Also available from the same period is part of a column. Hindu deities are etched into the front and monsters line the side. Rounding out the featured lots is a Ming Dynasty terracotta roof tile in the shape of a seated man draped in a robe. Those interested can register to bid in this sale on Bidsquare.