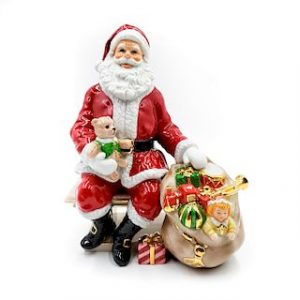 Whitley’s Auctioneers will feature Disney memorabilia on the first day of the upcoming Home and Interiors auction. Also included in this sale is a selection of Royal Doulton figures and character jugs. Available in this auction are cartoon characters from the Classics Walt Disney Collection, as well as a limited edition Enchanted Rose from Disney’s Beauty and the Beast designed by Ann Lewis. A rose is enclosed under an etched glass bell case etched that shows the Beast’s image. The Beauty and the Beast original costume design art is another notable lot. This design by the American costume designer Ann Hould Ward was selected for the 1994 Tony Award for best costume design.

Also featured are several limited edition ceramic tableaus, including one showing Snow White serving soup with the seven dwarves. Another lot of interest is a Mickey & Minnie Mouse serigraph by Ron Dias. Other collectibles such as Royal Doulton Christmas figurines and Disney holiday ornaments will also be part of the auction. Explore the full listings and register to bid online on Bidsquare.