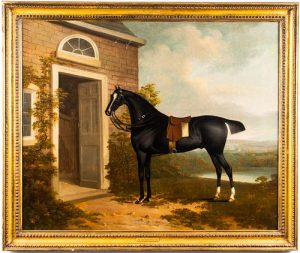 Paintings, furniture, and decorative artworks from the estate of Martin Bregman and his Park Avenue apartment are highlighted in the upcoming Showplace auction. Bregman, an acclaimed American film producer known for movies like Scarface, Serpico, and other 20th-century crime dramas, died at 92. He was known for his outspoken and tenacious tendencies. The New York Times quoted the producer in his obituary: “I have opinions, and I express them.”

Featured in the upcoming event is a Rolex 18-karat yellow gold Day-Date wristwatch, a 19th-century Carrier-Belleuse clock and garniture set, and several other antiquities from the celebrated filmmaker’s estate. Paintings by Charles Towne and Jean-Baptiste Monnoyer from the Bregman estate are also on offer. Other notable objects from New York metropolitan area estates will be included. Interested collectors can browse the entire catalog on Bidsquare and place a bid.