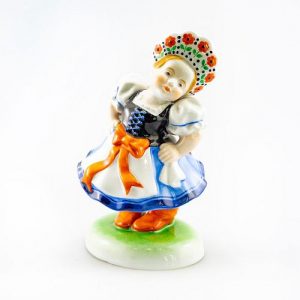 In 1953, three brothers started producing ceramic sculptures at their home in the village of Almàssera. After a few years, they opened their first shop in Valencia and named it Lladró. They eventually pioneered the single-firing method, which also became a hallmark of the brand. It can be characterized by pastel tones and attention to detail. The upcoming Collector’s Auction, offered by Whitley’s Auctioneers, will present a hand-painted porcelain group sculpture by Lladró. This limited edition piece depicts an 18th-century carriage drawn by four white horses.

Other top lots include a Royal Doulton prototype character jug. Founded in 1815 by John Doulton, Royal Doulton is an English ceramic manufacturing company. It rose to prominence when George Tinworth, a designer and artist, joined the team. He then became known for his humorous figures and animals on jugs and vases. The available jug, titled The March Hare, depicts a hare in a bow tie and black hat. Other lots from Royal Doulton are also offered, including a character jug of Santa Claus. Interested bidders can find more information on Bidsquare.