The Collection of A. Jerrold Perenchio | A California Life 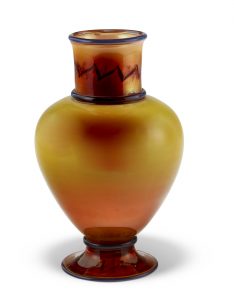 George Bellows was a famous American artist known for his paintings and lithographs of American urban life. Bellows was an accomplished sportsman but also wanted to establish himself as an artist. To pursue his interest, he dropped out of Ohio State University and started studying at the New York School of Art under Robert Henri. He was introduced to the Ashcan School of artists who explored contemporary American culture in their work. After his education, Bellows’ Realist paintings often depicted sports scenes and boxing matches. The upcoming event, offered by Christie’s, presents a 1917 lithograph titled A Stag at Sharkey’s by Bellows. Initially executed as an oil painting, the lithograph is among the artist’s best-known works.

Also showcased are bronze pieces by Mexican sculptor Robert Graham. One highlight is a bronze figurine depicting a nude woman. “I don’t remember ever going to a gallery,” Graham once stated. “The things that were important were those murals and what people saw all the time.” It was photographer Helmut Newton who introduced Graham to his muse, the model Neith Andrina Hunter. The available sculpture of Hunter is similar to a statue at the Duke Ellington Memorial in Central Park. The auction also offers George III Axminster carpets, Tiffany & Co. silverware, Louis XVI ormolu-mounted porcelain ware and furniture, and works from artist Yousuf Karsh. Interested collectors can explore the full listings and register to bid online on Christie’s.