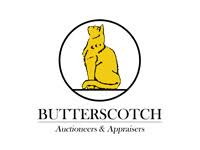 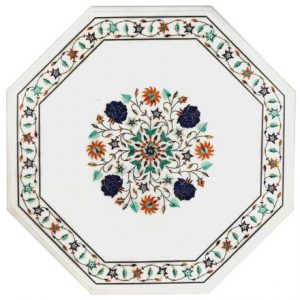 Laurence A. Campbell is an American Impressionist artist from Philadelphia. As a child, Campbell frequently visited the Philadelphia Museum of Art and was influenced by the works of the European masters. Even after starting his own construction business, Campbell continued to paint and reproduce paintings of popular artists for commission. The artist’s favorite subjects include Philadelphia and New York City scenes in subdued colors. Particularly after the attack on the World Trade Center in 2001, Campbell started including the American flag in many of his paintings. These are among his most sought-after works today. The upcoming Spring Estates Auction, presented by Butterscotch Auctioneers & Appraisers, will offer an oil painting titled Ben Franklin Bridge by Campbell. This work depicts a snowy Philadelphia street lined with American flags. Pedestrians and automobiles move along the street with the Ben Franklin Bridge in the background. A watercolor painting titled Swiss Guard at Fontainbleau by Eugène Delacroix and portraits by Yanzhou Xu will be highlighted as well.

Notable among the offered sculptures and decorative artworks is a pale jade ruyi carved with dragons, flowers, and fish. Gold and diamond jewelry, Chinese Meiping porcelain, furniture items, musical instruments, posters, and silverware are also available in the auction. Interested collectors can explore the full listings and register to bid online by visiting Butterscotch Auctioneers & Appraisers.