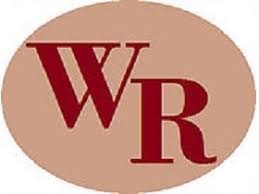 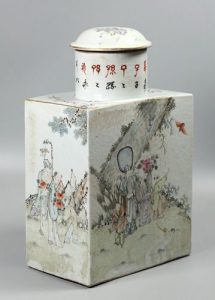 When Europe first encountered tea, it was considered a rare and valuable commodity. Tea containers were kept in living rooms, under the watch of house mistresses. These containers were, therefore, decorated in a way to suit the style of the room. Early examples of “tea caddies” were made of porcelain. The upcoming auction, presented by WR Auction Gallery Inc., showcases a Chinese Qianjiang porcelain tea caddy with a lid. The Qianjiang decoration on it displays traditional Chinese paintings on one side and verses on the other. Qing and Ming dynasty bronze sculptures of the Buddha and other religious figures are highlighted as well.

Jade is either composed of jadeite or nephrite and has immense importance in Chinese culture. After “mutton fat” or white nephrite, the second-most sought-after color of jade is green nephrite. The auction features a pair of Chinese dark green nephrite or “spinach jade” vases decorated with hand carvings. Also offered are white gold, diamond, emerald, and pearl jewelry items. Collectors can also find a selection of Chinese pamphlets, posters, paintings, silverware, and embroideries. Explore the full listings and register to bid online on Bidsquare.