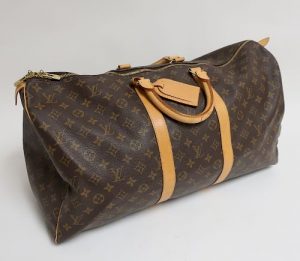 The repeating timepiece was first developed in the late 17th century by Daniel Quare, who invented the hour and quarter striking mechanism. However, it was not until 1839 when Patek Philippe introduced their first quarter repeating watch that the style entered the mainstream. An early generation Patek Philippe quarter repeating pocket watch from 1883 is featured in the upcoming Luxury Accessories & Modern Art auction presented by Litchfield County Auctions.

Another highlight during the first day of this sale is a lithograph entitled Tete de femme au Chapeau from the late 1920s. The piece was created by Kees Van Dongen, who acquired a great reputation for his female portraits. He depicted Brigitte Bardot and Jack Johnson, among others. His female portraits are characterized by heavy makeup and exuberant accessories, which reflect his Parisian life. It is believed Van Dungen planned on printing an edition of 100 color lithographs of 6 different women; the lithograph available in this auction was part of that project. The sale also features a variety of luxury accessories and handbags, as well as a single owner collection of pocket watches. Explore the full listings and register to bid online on Bidsquare .