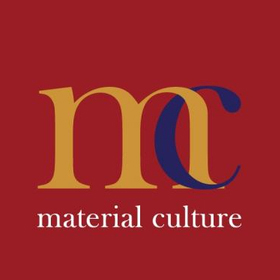 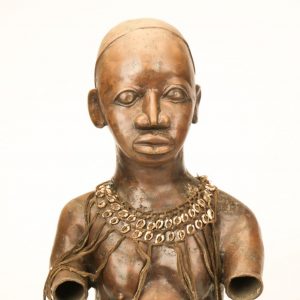 ﻿Available in the upcoming International Ethnographic Arts sale is a standing Buddha stone statue from the Northern Qi Dynasty. A 15th-century stone-carved qilin will also feature in this Material Culture sale. Seen mostly near entryways and in other noticeable areas, each mythological qilin is said to live for 2,000 years.

In many African cultures, the figure of Mami Wata is known as a half-aquatic and half-human deity. She represents the conflicting nature of water. Both an important means of providing communication, food, drink, and trade, water can also drown people, flood fields or villages, and provide passage to intruders. A Mami Wata figure reflecting those opposing concepts is offered in this auction.

Often passed from mother to daughter or given as part of a dowry, coral has long been considered a prized material in the Himalayan region. In Tibetan culture, red coral is considered an effective amulet for giving protection and warding off misfortune. A Tibetan brass, turquoise, and coral bead necklace is available in this auction. Also offered are two Balinese songket textiles. These hand-woven cloths are made of silk and metal-wrapped threads. To view the mentioned lots and others, visit Invaluable.