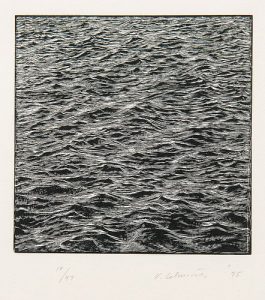 One of the most famous photographers of America, Ansel Adams, once said, “You don’t take a photograph, you make it.” Adams believed the technique of capturing a photograph is in itself a fine art. This belief would later help throw light on the significance of conserving wilderness areas such as Yosemite Valley and several other national parks. In the upcoming Fine Prints & Photographs auction, Adams’ black and white photograph titled Clearing Winter Storm is available for bidding. According to the artist, this photograph was taken after a winter storm passed in Yosemite. Like most of Adams’ work, the picture emphasizes beauty and tonality.

Through the auction, Skinner has also brought together works from prominent artists such as Salvador Dalí, Pablo Picasso, Marc Chagall, and Joan Miró. Among them, Dalí’s The Portfolio Imaginations & Objects of the Future is particularly featured. The portfolio includes colored lithographs with drypoint and collage on paper. For more information, visit Bidsquare.