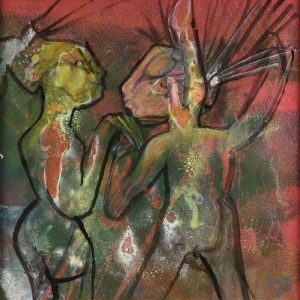 Claudius Ptolemy was a mathematician, geographer, and astronomer who lived in the city of Alexandria. He is best known for creating a world map in his book Geography, written around 150 CE. One of the notable qualities of Ptolemy’s map was the use of longitudinal and latitudinal lines. A Renaissance map based on Ptolemy’s original is one of the key lots of the upcoming Fine Art & Antiques auction, presented by Simpson Galleries. The map is a hand-colored woodblock print on paper by Johannes Schnitzer of Armsheim. Another highlight is The Artist Studying by Candlelight, an oil painting attributed to Trophime Bigot. A French artist, Bigot was often called the “Candlelight Master.”

This sale also features an E. Howard & Co. astronomical walnut clock from the 1870s. It was designed with a Renaissance revival winged crest over three bosses and lozenges. The clock’s 14-inch reverse-painted glass dial has Arabic numeral minutes and Roman hour and second subdials. To view the complete catalog and register to bid online, visit Bidsquare.