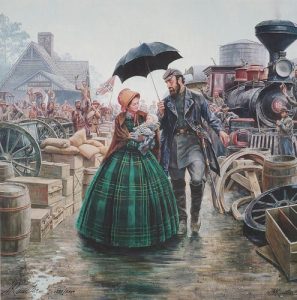 Henri Matisse continuously defied the conventional rules of the art world. Matisse, along with a few fellow artists, helped lead art movements such as Fauvism and Modernism in the early 20th century. Hosted by Blackwell Auctions, the upcoming Exceptional Estates Auction features a Matisse lithograph titled Portrait de Claude. It is signed and numbered by the artist. This sketch of a face, drawn with unbroken, bold lines, is unmistakably Matisse. His influence has lasted long after his death, evidenced in everything from dolls like Miffy to fashion houses like Yves Saint Laurent.

Italian glass sculptor Dino Rosin’s available glass piece titled The Kiss (circa 2000) brings two faces close to each other, about to meet. The glass figures have deep blue and red swirls in them, giving their faces dimensions. Rosin believes that he is continuing the legacy of Loredano Rosin, his brother who collaborated with artists such as Pablo Picasso and Marc Chagall. The sale also offers works from Chagall, Salvador Dalí, Peter Max, and Joan Miró. Jewelry such as gold cufflinks sets by Cartier and Tiffany and watches by Rolex and Georg Jensen are also available. Visit Bidsquare to view the entire catalog and to bid online.