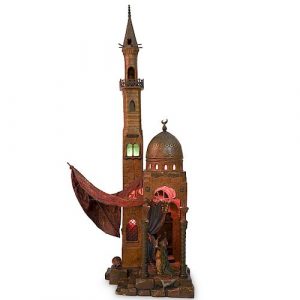 This auction also displays work invoking the classical style of Jean-Antoine Houdon. Featured is a bronze and wood clock set. According to Britannica, Houdon’s works reflect the 18th-century Rococo style of sculpture. Along with these items, bidders can also find an 18th-century French giltwood mirror and a wooden mirror console from the 19th century. View each of these lots and register to bid online on Bidsquare