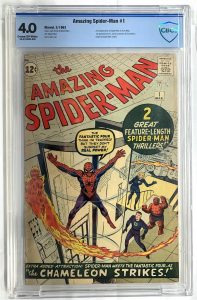 For several decades, Charles Schulz’s Peanuts comic strip appeared in the Sunday newspapers. Born on November 26, 1922, the cartoonist was noted for his observational skills and ability to connect with his audience. The first Peanuts strip appeared on October 2, 1950, and ran until 1999, when the artist announced his retirement. The upcoming Comics, Comic Art, Sports Memorabilia, Animation Art & Disney Collectibles auction, offered by Philip Weiss Auctions, highlights an original page of Schulz’s work. According to the auction house, “[this lot] is completely fresh to the market and has never before offered before.”

Other key items include a single signed baseball by Jim Thorpe. An American athlete and Olympic gold medalist, Thorpe was the first Native American to win a gold medal for the United States. A compete Frank Frazetta comic story is also included. Titled The Adventures of the Snowman, this ten-page story was never published. For more information and to register to bid, visit Invaluable.