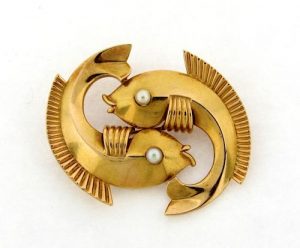 In 19th-century Sicily, donkey-driven carts were the most efficient way to transport belongings. The brightly-decorated carts were also ideal for weddings and parades. An example of the carretto siciliano or Sicilian cart is available in the upcoming auction presented by Los Angeles Antique Auction. Geometric patterns decorate the wheels while more elaborate imagery covers the carriage. According to Italy Magazine, the paintings on the carriage helped visually tell stories to the illiterate.

The auction’s 153 lots represent antiques from around the world. One lot that is particularly highlighted is a 1980s neon Ferrari sign from Carlson Motors. The 1980s were a change-filled decade for Ferrari, which saw the passing of the company’s founder, Enzo Ferrari. Representing England in this auction is a walking stick that contains a hidden gambling set. The stick is made of ebony wood with a handle of sterling silver. The top of the handle can be twisted open to reveal gambling chips and dice. While it is unclear when this cane was produced, it may have been necessary due to England’s strict gambling policies in the 19th and 20th centuries.

Also available in this sale are several Balinese masks from Indonesia. Such masks not only honored ancestors but also served as vessels that the ancient Balinese people believed would help them re-visit their families. Register to bid on this or any other lot by visiting Bidsquare