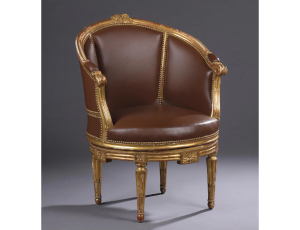 The French television host is leaving his apartment in the ninth arrondissement and selling all his furniture, which might surprise you by its eclecticism that mixes the 18th century and contemporary design. The living room with the portrait of Elisabeth-Christine (Austrian school, 18th century, attributed to Martin Van Meytens, €20,000/30,000) and the hanging lamp by Hervé Van Der Straeten (€12,000/15,000). "Some people predict that the world will be completely different after Covid," says Stéphane Bern. In his case, the change took the form of selling his Paris apartment in the hôtel Rousseau in the ninth arrondissement and moving to the Perche region. He