The Long, Strange History of Napoleon Memorabilia at Auction

Few figures’ successes and failures are under more constant review than those of Napoleon Bonaparte. His reign as Emperor of the French saw the building of one of the most ambitious empires in world history and the spread of economic, educational, and judicial reforms. It also saw a severe turning back of women’s rights and millions dead in the Napoleonic Wars. From his self-coronation in the Notre-Dame de Paris to his exile on Saint Helena, Napoleon’s life is equally romanticized and reviled. His life has also been immortalized in the auction industry, often through memorabilia.

From September 15th to September 22nd, 2021, Sotheby’s will present 100+ lots of fine and decorative art, as well as furniture, related to the former emperor. Key pieces include one of Napoleon’s bicornes (a two-cornered hat), as well as an armchair produced for his throne room at the Palais des Tuileries. It is the latest in a long string of auctions that have presented historically significant Napoleon artifacts.

Ahead of this Sotheby’s event, Auction Daily looks back on some of the most noteworthy and curious Napoleonic collectibles sales in recent memory.

The auction record for Napoleon memorabilia remains a sword presented by Osenat, a French auction house based in Fontainebleau, in 2007. Napoleon used the sword in the Battle of Marengo, and it remained in Bonaparte’s family in the centuries that followed. Whether or not to sell Napoleon’s sword was a contentious topic in the family, and not all members agreed before it hit the block. This meant collectors would need to compete with Napoleon’s descendants in the ensuing bidding war.

Further complicating the Napoleon sword auction was the lot’s status as a French national treasure. Bidders needed to prove they resided in France and had to agree to keep Napoleon’s sword within the country for at least five months of each year. Despite these limitations, Napoleon’s sword shattered its USD 1.6 million estimate, achieving $6.4 million. The anonymous winning bidder reportedly gifted the blade to her husband, another Napoleon descendant.

Several factors contributed to the lot’s success. The participation of several Napoleon descendants in the auction encouraged spirited bidding. The sword was also the only known example left in private hands, giving collectors perhaps their only opportunity to own such a piece.

Additionally, Napoleon used this sword in an important standoff, the Battle of Marengo in 1800. Despite being outnumbered, Napoleon managed to defeat the Austrians in the fight. This led to French control over Northern Italy and added to Napoleon’s reputation as an exceptional tactician four years before crowning himself Napoleon I. However, historians are still split on Napoleon’s tactical decisions before and during the battle. Some credit the victory to Napoleon’s subordinates, including Major General Louis Desaix, who died on the battlefield.

The closest any auction house has come to besting Osenat’s result for Napoleon memorabilia was Sotheby’s later the same year. It offered a pedestal table commissioned by the emperor in 1811. However, Napoleon I’s reign would not last long enough to see the table’s completion. The piece, which depicts six of Napoleon I’s many palaces, now serves as a reminder of an empire quickly built and just as rapidly lost. Sotheby’s achieved $6.2 million for the table in November of 2007, just shy of the auction record.

After his defeat at the Battle of Waterloo, Napoleon was exiled for a second and final time to the small island of Saint Helena. Despite his fall from power, Napoleon had already secured an important place in world history. Fellow residents of Saint Helena understood this well, and some went to great lengths to collect and preserve items related to the former leader. They knew the world would remember Napoleon Bonaparte and pay a great deal for anything he touched.

One such Saint Helena resident was Denzil Ibbetson, a part-time artist and British officer stationed on the island. Ibbetson drew Napoleon on his deathbed, wrote down conversations he had with the historical figure, and, most curiously, collected a lock of his hair after his death.

Over decades and centuries, Ibbetson’s descendants preserved these items before offering them at auction in 2010 with the New Zealand-based auction house Art+Object. “The collection has really been in remarkable condition and the family has to be commended for preserving this material for all this time, it’s nearly 200 years old,” said Art+Object’s managing director, Hamish Coney, at the time.

The sale brought large amounts of international attention to the auction house, forcing employees to install more phone lines to handle the anticipated bids from abroad. When bidding concluded, the lock of hair sold for $13,000 to an anonymous collector in the UK.

Reminders of Napoleon’s life and death on Saint Helena have come to auction numerous times in the following years. That includes a cast of Napoleon’s death mask, offered by Bonhams in 2013. The mask shows Napoleon’s gaunt and vulnerable profile two days after his death, far removed from the grandiose portraits by which most remember him.

Under normal circumstances, the production of a death mask would begin immediately after the subject’s death. However, a dispute between Napoleon’s physician and a British doctor delayed the production of this mask, leading to the former French leader’s particularly stark appearance. Like many other Napoleon memorabilia items, this lot far exceeded its presale estimate, achieving GBP 169,250 against an estimate of £40,000 to £60,000.

2012: Napoleon’s Coded Threat to the Kremlin Crosses the Auction Block

The steep decline of Napoleon’s empire began with his invasion of Russia in 1812. Russian forces baited Napoleon’s army further into the country, severing its ties to much-needed supplies and reinforcements. Even as Napoleon took more land from the Russians, his army gained no resources due to the enemy’s scorched-earth policy. Still, upon invading Moscow, Napoleon was certain that capturing the capital would force Russia to surrender.

Napoleon’s desperation is clear in a coded letter sent to his Foreign Minister, Hugues-Bernard Maret. In it, Napoleon informs Maret that he will blow up the Kremlin, a promise Napoleon fulfilled before leaving Moscow. Despite the Russians already purposefully destroying much of their own capital, Napoleon hoped that toppling the Kremlin would be a great enough loss to force the country’s hand. In the letter, Napoleon also gives Maret a sobering look into the army’s depleted resources and morale: “My cavalry is in tatters, a lot of horses are dying. Make sure we buy more as soon as possible.”

Half a decade after setting a new auction record for Napoleon memorabilia, the French auction house Osenat offered this coded letter from Napoleon. While it did not challenge the record, this lot managed to beat its high estimate exactly ten times over, selling for EUR 150,000. The winning bidder was the Museum of Letters and Manuscripts in Paris, ensuring Napoleon’s letter remains in public view.

In 2014, the small principality of Monaco needed funds to renovate its royal palace. To raise the money, the country’s Prince Andrew turned to an impressive collection of Napoleon memorabilia compiled by his great grandfather, Prince Louis II. The 1,000+ piece collection was extensive, including one of the emperor’s bicornes, several pairs of his socks, and even a knife used in an attempt to assassinate Napoleon in 1809.

French auction houses Osenat and Binoche et Giquello worked together to present the full contents of the collection. The top lot was Napoleon’s bicorne, presented with a presale estimate of USD 500,000. When the bidding war ended, the hat sold for $2.4 million to an anonymous bidder from South Korea. Beyond providing necessary funds for the renovations, Monaco’s Prince Andrew was also pleased to see a new generation of collectors appreciating these items. “I prefer to give a new lease [on] life to this collection of objects and relics… rather than to see them remain in the shadows,” said the Prince.

Many sales have presented lots related to Napoleon since 2014. However, few have matched the scale of Sotheby’s upcoming auction. A timed sale beginning on September 15th and ending on September 22nd, 2021, the event’s featured lots include one of Napoleon’s bicorne hats (lot #33; estimate: EUR 400,000 – €600,000).

Napoleon wore this hat for ten months in 1807, including during his campaign in Poland as part of the War of the Fourth Coalition. Napoleon took control of Warsaw and surrounding areas while wearing this hat, establishing a puppet state called the Duchy of Warsaw. From there, Napoleon moved north to fight the Russians. This was an early test between two armies destined to meet again. Napoleon also donned this bicorne while signing the Treaties of Tilsit, which would, for the time being, establish Russia as a French ally. The hat comes to auction from descendants of Sir Michael Shaw Stewart, an early collector of Napoleon memorabilia, who acquired it in 1814.

Among the other lots, bidders can also consider a fauteuil (a type of armchair) designed for Napoleon I (lot #71; estimate: €200,000 – €300,000). During Napoleon I’s reign, the fauteuil resided in the Palais des Tuileries’ throne room. After his exile, this armchair switched hands between several French leaders as the years passed, including King Louis XVIII and Napoleon III. Those interested in learning more about this or any other lot in the sale can view the full catalog and register to bid on Sotheby’s website.

UPDATE APRIL, 2022: Sotheby’s auctioned Napoleon’s bicorne hat worn during the Poland campaign for EUR 1,222,500 (USD 1,327,500) on September 22, 2021 in Paris. This legendary hat was not the only notable Napoleon collectible that sold. Other key lots included a cased pair of flintlock officer’s pistols gifted by Napoleon to the Duke Antonio Litta, Grand Chamberlain of the Kingdom of Italy. The pistols were passed down through Litta’s family before achieving EUR 126,000 (USD 136,800) at Sotheby’s. The lot more than doubled its high estimate.

An unexpected star of the September auction was Francesco Antommarchi’s death mask of Napoleon I. A physician based in St. Helena, Antommarchi took the first impressions of Napoleon’s face after his death. These later yielded plaster casts and a small number of bronze sculptures. The mask sold in September was among the initial bronzes cast from the plaster. It came to auction with a cautious estimate of EUR 12,000 to €18,000 (USD 13,000 – $19,500); it sold for a staggering €176,400 (USD 191,500). 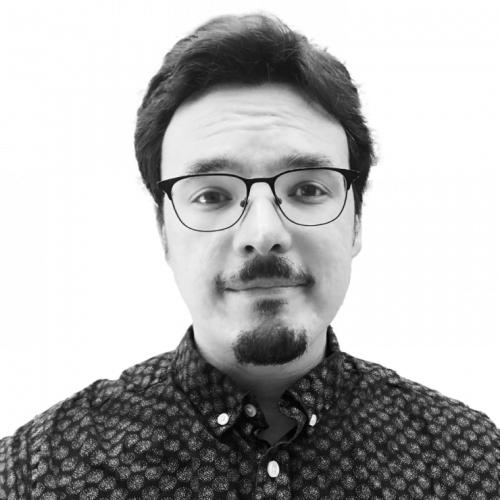 James Ardis is a writer, editor, and content strategist focused on the auction industry. His company, James Ardis Writing, has partnered with auction houses, galleries, and many clients outside the art world. He earned his MFA in Creative Writing at the University of Mississippi...