Founded in 1992, the Museo Nacional Centro de Arte Reina Sofia is one of the most important museums in Spain, as it offers visitors an extensive collection of more than 21,000 works of contemporary art. Today, we are going to talk about ten essential works in the Reina Sofía Museum.

It is considered the best complement to the Prado Museum, since it continues with the periods not covered by this other art gallery in Madrid. It stands out mainly for the large number of works by three of the greatest Spanish artists of the 20th Century: Pablo Picasso, Salvador Dalí and Joan Miró.

1. A high number of works by the great Spanish artists

The collection on surrealist art, with works by Yves Tanguy, Francis Picabia, René Magritte and others, is very relevant as well. Also important is the Cubist collection, where the names of George Braque, Juan Gris, Robert Delaunay or Fernand Léger are added to Pablo Picasso’s. Furthermore, we must not forget the presence of Expressionist artists such as Francis Bacon or Antonio Saura. In addition to these, there are many other trends, by artists such as Alexander Calder, Yves Klein, Mark Rothko, Miquel Barceló, Lucio Fontana, Antoni Tàpies, etc., from which we can see the many techniques, materials and pictorial genres used throughout history.

As you can see, the huge variety of artists is key in this museum, and perhaps the main reason for it to have become, with almost four million visitors in 2017, the most visited museum in Spain, and the eighth most visited in Europe, according to a study carried out every year by AECOM.

2. The most important works in the Reina Sofía Museum

We would like to invite you to find out some of the most important works you should see on your visit to the Reina Sofia Museum, so… Let’s go!

Guernica is undoubtedly the most famous work in this museum. It was commissioned to Picasso by the Government of the Spanish Second Republic to decorate the Spanish Pavilion at the 1937 Paris International Exhibition. It arrived at the art gallery in 1992 from the MoMA in New York, along with several sketches and photographs.

The work itself is a sharp critique of the bombing suffered by this Basque town during the Spanish Civil War, and it is considered an icon of the 20th Century, as it was able to symbolically reflect the suffering caused by war on people.

A young Salvador Dalí painted this work during his training and stylistic definition period, when Surrealism had not yet significantly influenced his paintings.

As you can see, it is a simple picture, with no decorations disturbing our sight. There is only a girl on her back in front of an open window overlooking the sea in Cadaqués (probably his sister Anna María, Dalí’s model until he met Gala in 1929), which makes us flood into a haven of peace and quietness.

This other work by Dalí, unlike the previous one, does belongs to the Surrealist movement. Its content is autobiographical, and represents the transformation that the arrival of his lover, Gala, meant in the artist’s life.

In general terms, this painting shows the discomfort of an artist who feared losing his mind. Both the title of the work and the subject represented make very clear the artist’s sexual implications, since sex was one of his main obsessions.

One of the best portraits housed in the Reina Sofia Museum is the one painted in 1913 by Hermenegildo Anglada Camarasa for the Countess of Pradère, Mrs. Sonia Klamery.

This painting draws our attention for the delicacy of the position, the Countess’ seductive gaze, the colours used… In short, the exoticism of the work. Influenced by the Viennese secession, his paintings managed to maintain a remarkable relationship with the works by Klimt, due to their decorations, and with Fauvism, in his use of colour.

This is a Modernist work of great visual appeal, highly influenced by the decorations and costumes of the Russian ballets that the artist attended during his stay in Paris.

Juan Gris is considered to be one of the three great masters of Cubism. He ran into Pablo Picasso during his stay in Paris, and his main contribution to that artistic trend was the use of the technique known as “papier collé” (pasted paper), which consists of introducing elements such as newsprints, fabric, wood… in painting as if it were a collage, and the union of these type of pieces together create a final object.

In Open Window we can see that, as well as the authorship of a new iconographic model: that which incorporates in some way the outdoor atmosphere into the closed frame of a painting. It is seen from a conceptually different approach following the guidelines of Cubism.

This painting is really important because it is one of the earliest works made by Joan Miró during his stay in Montroig, while he was recovering from an illness he was suffering. At that time, he made one of the most important decisions of his life: to become an artist.

In House with Palm Tree, the Catalan artist used such a realistic and descriptive treatment of landscape that this painting has been defined as a “register of objects”. This type of works, which Miró produced over a period that ended in 1922, with the creation of one of his best-known works, The Farm, have a certain dreamlike and naïve air that he gradually began to use in more clearly Surrealist works.

In 1922, Picabia decided to move away from Dadaist proposals and presented his new works at the Dalmau Gallery, with a completely new and refined concept based on geometry drawn from circles.

Totalizer is a clear example of this stage, when Picabia made that type of highly enigmatic creations based on machines and mechanisms, in which there is an obvious interest in expressing sexual processes through a formal language derived from mechanics.

The Reina Sofia Museum houses several works by this American artist who devoted almost his entire life to providing motion to his sculptures through the use of very different materials.

Carmen is a monumental mobile sculpture located in the centre of the patio in Sabatini Building, formed by a fixed supporting structure and a mobile upper section in which eight riveted blades move when in contact with air, giving it a playful component, while generating a spontaneous contrast between its firm industrial base and the volatility of the upper section.

Painted under the influence of his well-known “blue phase” and during one of the brief periods he stayed in Madrid, this canvas hides a fascinating history.

He presented it for the National Exhibition of Fine Arts in 1901, where it was awarded an honourable mention, but Picasso never picked it up once the competition was over. Eventually, the painting re-appeared in 1954, after being rescued by Enrique Lafuente Ferrari, at that time director of the Museum of Contemporary Art, and from that moment on it became part of the State collection.

Until recently, Ángeles Santos has been practically an unknown artist in the pictorial field, and that is once again a good example of the difficulties for women in finding their own place within an avant-garde art dominated by men.

In 1929, she painted this large canvas of 3×3 metres, for which she had to assemble two canvases to achieve the desired surface. It caused a great impact at that moment, if we consider that its author was a young woman who, far from the cultural environment of the capital, had not had the opportunity to know the development of artistic currents.

According to the artist herself, it was some verses by Juan Ramón Jiménez that inspired her for the creation of A world: “[…] vagos ángeles malvas / apagan las verdes estrellas / Una cinta tranquila / de suaves violetas / abrazaba amorosa / a la pálida Tierra” ([…] lazy mauve angels / extinguish the green stars / A quiet ribbon / of soft violets / loving embraces / the pale Earth.).

With this work we conclude this post from our Painting blog, where we have talked about ten essential works in the Reina Sofia Museum. We will talk about other great works by great artists, often present at painting auctions. 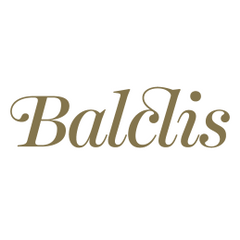