NEW YORK, NY.-Sotheby’s announced that they will present property from the collection of artist Juan Hamilton in a dedicated auction in New York on 5 March 2020, which features artworks and personal effects from the estates of Georgia O’Keeffe and Alfred Stieglitz, as well as Hamilton’s own work.

Alfred Stieglitz, Georgia O’Keeffe, Juan Hamilton: Passage will offer 100+ works of art and personal ephemera illuminating the lives and decades-long careers of these celebrated artists – from rare paintings, sculpture and photographs, to books, manuscripts, artifacts and memorabilia. Underscoring the importance of this unique collection, many of the works on offer will be shown together for the very first time this spring, having never-before been exhibited publicly or offered at auction. A selection of highlights from across the sale is below.

In addition to the items on offer this spring, select works and personal effects of O’Keeffe and Stieglitz remaining in Hamilton’s collection will be donated to private institutions later this year.

Kayla Carlsen, Sotheby’s Head of American Art, said: “It is a privilege to bring to auction this incomparable trove of works tracing the artistic and personal lives of Georgia O’Keeffe, Alfred Stieglitz and Juan Hamilton. This is a time capsule collection that affords an unprecedented view into the shared histories of some of the most celebrated names in modern American art history, and represents an unprecedented opportunity for both collectors and admirers of these iconic figures.”

Artist Juan Hamilton commented: “It has been a privilege to live with and care for these works for many years. But it is now time to allow others the opportunity to enjoy and learn from these treasures. I hope that they will inspire a new generation of admirers and collectors of O’Keeffe, Stieglitz, and their inimitable circle, as they have long inspired me.”

Highlights across the collection, works by Georgia O’keeffe

A selection of paintings by O’Keeffe is led by her widely exhibited and reproduced Nature Forms – Gaspé from 1932, inspired by the natural forms and organic shapes the artist encountered while traveling along the Gaspé Peninsula (estimate $4/6 million). As Alfred Stieglitz’s partner, O’Keeffe was exposed to his innovative approach to compositional design. Working in apparent tandem at times, O’Keeffe and Stieglitz both captured natural motifs through a modern lens, and their work often displays striking aesthetic similarities in its isolation, simplification and magnification of these forms. Seeking to escape the pressures of her life in the United States, O’Keeffe drove to the Gaspé Peninsula in Quebec, Canada in the summer of 1932. She made two trips to the region, which she described as “a grand place to paint.” She first set off from Lake George with Georgia Engelhard, Stieglitz’s niece, on June 8, 1932 in search of new subjects to paint in Canada. Later that summer, the pair took a longer, three-week trip to Quebec. Driving through Montreal, they headed to Cap de Rosiers on the far eastern edge of the Gaspé Peninsula, known for its dramatic land-and-sea scenery.

Appearing at auction and exhibited publicly for the first time this spring, the collection is highlighted by a group of exceptional sculptures by O’Keeffe. The selection is led by Abstraction, a cast of one example of only three sculptural motifs that she produced throughout her seven-decade career (estimate $200/300,000). Likely inspired by her friendship with sculptor Mary Callery, the present work was first modeled in 1946 and represents O’Keeffe’s second attempt at sculpture. The spiral form appears throughout her body of work and is reminiscent of O’Keeffe’s bone paintings in its organic form and white color. O’Keeffe developed a fascination with animal bones during her first trip to New Mexico in 1929, when she began to collect the weathered and sun-bleached objects as symbols of the desert. As in her paintings and drawings, O’Keeffe’s sculpture demonstrates her interest in organic forms and her synthesis of nature through visual abstraction.

Also appearing at auction for the first time this spring, and likely never before exhibited publicly, the collection features rare examples of O’Keeffe’s stoneware. Records of the artist’s pottery begin in 1974 when O’Keeffe was exposed to new materials, and became inspired and reawakened by working alongside Hamilton.

Offering a rare glimpse into O’Keeffe’s artistic and creative process, a selection of charcoal and pencil drawings further highlights the sale. While most well-known for her paintings of flowers and animal skulls, O’Keeffe first gained critical recognition through her drawings and works on paper. In 1912, the artist attended a drawing class at the University of Virginia, and subsequently moved to Amarillo, Texas later that year to work as a supervisor of drawing in public schools. In 1915, the artist produced a seminal series of charcoal abstractions, changing the direction of her oeuvre. O’Keeffe subsequently sent these works to former classmate and photographer Anita Pollitzer in New York, who showed them to Alfred Stieglitz at his 291 gallery on New Year’s Day, 1916. O’Keeffe had her first exhibition at 291 in May 1916, exhibiting her charcoal drawings in a group show. Continuing to play an essential role throughout her career, the medium afforded opportunity for experimentation and independence from traditional art training.

The auction celebrates Georgia O’Keeffe’s life with a selection of books, manuscripts, ephemera and artifacts emblematic of her life and work – even including a set of vivid pigments, each labelled in O’Keeffe’s hand, and an extensive set of her pastels from Germany still in their original box.

The presence of Alfred Stieglitz runs throughout this material, including: an address book, begun about 1926, that the two of them shared; extensive collections of early gallery catalogues of O’Keeffe and other artists’ work shown at Stieglitz’s galleries An American Place and The Intimate Galley; a series of bank checks signed by Stieglitz to recipients like The Art Institute of Chicago, Arthur Dove, John Marin, and Erhard Weyhe; and even the marriage certificate for Stieglitz and O’Keeffe’s 1924 wedding, which is signed by Stieglitz Circle artist John Marin as one of the witnesses.

Books from O’Keeffe’s library range from signed volumes on art and art theory from her student period, to fine facsimiles and catalogues of Chinese master painters, to a spectacularly fresh copy of the first, limited edition of James Joyce’s Ulysses inscribed and signed by her Modernist colleague Marsden Hartley. There are numerous examples of O’Keeffe’s own writings, from works both published and unpublished. These reminiscences include reflections on “My Eyes and Paintings,” “My First Trip to New York,” and “Abstract Paintings,” as well as extended essays and narratives about Alfred Stieglitz and her various homes, including Ghost Ranch.

Alfred Stieglitz encountered O’Keeffe work when Anita Pollitzer showed him a series of her drawings. Stieglitz quickly became O’Keeffe’s greatest champion in the New York art world, throughout the early days of their affair and marriage, and his earliest photographs of the artist demonstrate his fascination with her work, body, and soul.

As late as 1933, Stieglitz made several studies solely of O’Keeffe’s hands, including Georgia O’Keeffe – Hand and Wheel – an iconic image of her braceleted hand delineating the curve of the spare tire of her Ford V-8 (pictured left, estimate $300/500,000). The present work is one of only three known examples and the only remaining in private hands, with one in the collection of the National Gallery of Art, Washington, D. C., and another at The Museum of Modern Art, New York. O’Keeffe became inspired to learn to drive during the summers she spent in the southwest, with a driver’s license not required in sparsely populated New Mexico. In 1929, she purchased her first automobile – a black Ford sedan – with friend and artist Rebecca Strand for a few hundred dollars. From behind the wheel of the Ford, the deserts, pueblos, and natural monuments of the southwest were all within O’Keeffe’s reach. O’Keeffe’s automobile and the act of driving were both expressions of her growing independence away from Alfred Stieglitz and Lake George.

Several photographs on offer from the present collection are inscribed by Stieglitz to O’Keeffe, including Grasses from 1933 and a rare complete set of Stieglitz’s seminal publication 291 from 1915-1916.

Works by the Stieglitz circle

Alfred Stieglitz was a photographer, publisher, and gallerist who helped facilitate the introduction of modern art in America during the early 20th century. In 1905, Stieglitz and photographer Edward Steichen opened the Little Galleries of the Photo-Secession at 291 Fifth Avenue – often referred to as “291.” The gallery promoted modern European and American art and became the first American venue to exhibit the works of Auguste Rodin, Henri Matisse, Pablo Picasso and more. From 1907 to 1913, Stieglitz and 291 supported and exhibited an important roster of young American Modernists including Arthur Dove, Marsden Hartley, and John Marin, among others, who responded to the rise of skyscrapers, industrialism, and the frenetic pace of modern urban existence.

In February 1913, 291 began to focus its exhibitions primarily on American artists such as Georgia O’Keeffe, holding her first solo exhibition in 1917. In 1925, Stieglitz opened The Intimate Gallery, showing works by O’Keeffe, Dove, Hartley, Marin, Charles Demuth and photographer Paul Strand. The group developed a close association with writers like Waldo Frank, Paul Rosenfeld, and William Carlos Williams, and committed to championing American art and artists and its distinct national spirit. In 1929, Stieglitz moved his gallery and changed the name to An American Place, and added photographers Eliot Porter and Ansel Adams to his stable of artists. Throughout the 1930s and 40s, the Stieglitz circle continued to explore the intersection of nature and abstraction while considering the spiritual qualities of the American identity. Until his passing in 1946, Stieglitz tirelessly promoted the artists of his circle and is credited with developing the critical and commercial appreciation of modern American artists and art movements.

The collection features six works by abstract sculptor and watercolorist Juan Hamilton. Hamilton settled in New Mexico in 1973, where he met American painter Georgia O’Keeffe, with whom he would have an intimate relationship until her death in 1986.

In 1970, prior to his move to New Mexico, Juan Hamilton traveled to Japan where he was introduced to Zen Buddhism, a philosophy that transformed his outlook on life and his evolving artistic practice. The focus on spiritual awakening and enlightenment became elemental to his understanding of simple, reductive forms, drawing him close to the aesthetic that originally inspired the modernist sculptures of Constantin Brâncuși and Jean Arp. The sculptures and watercolors offered exemplify a visionary state of serenity and abstract purity. 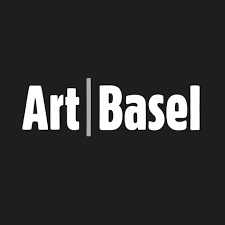 Lynne Drexler’s 1962 Masterpiece To Star This...