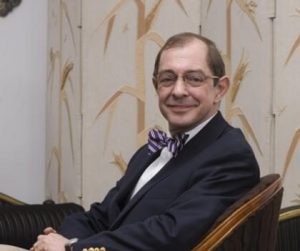 Gerardus A. Widdershoven of New York and Bridgehampton, New York, founder of Maison Gerard, died on Sunday, June 14 at a hospice in the hamlet of Quiogue, New York, after a valiant battle with cancer.   Gerardus A. WiddershovenPhoto: Robert Levin, courtesy of Maison Gerard. Born in the Netherlands in 1951, Gerard arrived in New York in 1973 and began his long and illustrious career as one of the great ‘antiquaries’ of Art Deco soon after in 1974. He created a welcoming environment at Maison Gerard with the finest objects, furniture, paintings and other accessories from this luxurious period at his eponymous

A Trove of Gold and Precious Gemstone Jewelry...