15 record-smashing paintings brought a major boost to Swann Galleries’ American Art sale with an auction total of over USD 1,000,000. This fall auction concluded on Thursday, September 17th, 2020, highlighting the works of leading artists from the late-19th through the mid-20th centuries. Among 264 lots, the event had an 82% sell-through rate.

“We were delighted to start the fall season at Swann with our American Art sale that brought strong prices from nineteenth-century artists, such as Severin Roesen and Alfred Thompson Bricher, alongside modernists like Marsden Hartley and Emil Bisttram,” Swann’s Vice President and specialist for the sale, Todd Weyman, said in a statement.

Setting the highest auction mark at Swann’s first major sale of the season was Happy Day from Anna Mary Robertson Moses (“Grandma Moses”). An American folk painter who started her career in her late 1970s, Moses would later gain international recognition for her folk artworks that drew on rural life. The popularity of her work reached a new height in the early 1940s when she was discovered by engineer and art collector Louis Caldor. This painting offers a glimpse of Moses’ signature art style, which reflects her upbringing on a farm in upstate New York.

Happy Days shows a cheerful family of four surrounded by chickens on their countryside farm. The 1961 painting was completed when the artist was 101 years old, just a few months before her death. This oil-on-Masonite piece held the highest price in the auction, selling for $81,250.

Among the notable results was Emil Bisttram’s watercolor piece in the live auction. This painting piqued the interest of many collectors, following competitive bidding that exceeded the pre-sale estimate of $3,000 to $5,000. It was sold for $47,500, nine times higher than the upper estimate.

While many of her works have been offered by Swann in past years, the most recent sale shows the increasing popularity of Bisttram. An artist often associated with Cubism and Futurism, Bisttram was inspired by Dynamic Symmetry theory. This particular idea promotes flow, continuity, balance, and rhythm within an artistic composition. The offered piece appears to use geometry to portray the cycle of the sun and the moon.

An oil painting by Nils Gren also helped bring the auction success. In the painting’s lot essay, the auction house discussed the recurring subjects of his work: “His extant oil paintings and lithographs from the 1930s are mostly still lifes, landscapes and scenes of San Francisco.” The hammer price crossed the estimate of $5,000, reaching up to $12,500.

“We were especially pleased to see under-recognized artists such as Sophie Harpe, Nils Gren, Fidelma Cadmus, and Dorr Bothwell achieve recognition on the market,” Weyman concluded after the auction.

Alfred Thompson Bircher’s oil-on-canvas piece also falls among the top 15 record-breaking lots. Surpassing the estimate of $15,000 to $20,000, the final price was $45,000. This painting, along with works by Marsden Hartley and others, led the online American Art auction to success.

View the complete results of the American Art sale by visiting the Swann Galleries website. 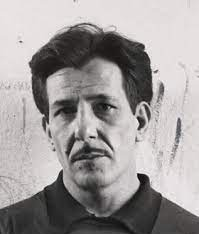