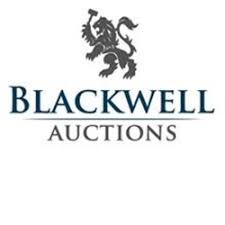 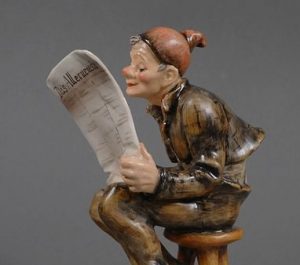 The now-iconic Hummel figurines weren’t always created in porcelain. They were first introduced in Germany and Switzerland as drawings by Sister Maria Innocentia Hummel. It was only later that Franz Gobel, a porcelain maker, turned these drawings into porcelain figurines. The popularity of the figurines skyrocketed after World War II when American soldiers stationed in West Germany started sending them as gifts to their loved ones. The upcoming  Blackwell Auctions sale showcases rare Hummel figurines from the Donald Deeks Collection.

Among the highlighted lots is one of the four “Mamas and Papas” Hummels, showing an old man reading a newspaper. The figurine was made as a sample in 1948 and was an exact reproduction of Sister Hummel’s early sketches. Also featured is a figurine created for the 2000 Goebel Celebration in Disney World. Prototypes, one-of-a-kind pieces, and some original artworks by Sister Hummel are also on sale. Collectors of rare Hummel figurines can place a bid for these and many other lots on Bidsquare.