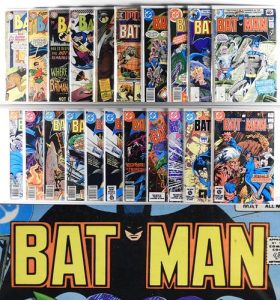 After the success of the Incredible Hulk, Stan Lee and Jack Kirby wanted to introduce an even stronger superhero. They decided that Thor, the Viking god, would be Marvel Comics’ next big character. Thor, along with his legendary hammer Mjolnir, was introduced in the 1962 issue of Journey into Mystery #83. That comic book is available in the upcoming Comic, Pokémon, Toy & Doll Auction, presented by Bruneau & Co. Auctioneers. Comics telling the stories of Black Panther, Captain America, Spiderman, and other superheroes of the Marvel universe are featured as well.

A selection of DC comics is also on offer. This includes a 25-piece set of Batman comics that ranges from #158 to #386. Action Comics issue #252 also makes its way to the sale. This edition featured the first appearance of Supergirl and Metallo. Japanese Pokémon holographic trading cards are highlighted as well. Browse the entire catalog or place a bid at Bidsquare.