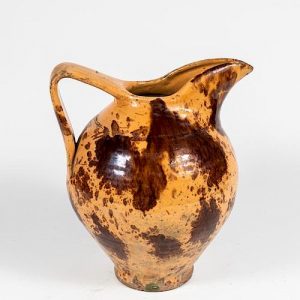 Stash by Lee Stanton’s upcoming Traditional Decorative Arts Pieces with a Modern Twist auction offers a selection of decorative art that combines traditional craftsmanship with modern designs. A glazed vase from the British studio pottery movement will be featured in the event. The British studio pottery movement was founded by Bernard Leach, one of the most influential potters of the 20th century. This movement combined Chinese, Korean, Japanese, and medieval English designs to create a variety of styles.

Of several sculptures and paintings, a late 19th-century petit point embroidery piece is particularly featured, showing Queen Victoria galloping on a white horse. Another highlight in the auction is a green vase associated with the Art Deco movement. The featured piece has geometric patterns and a sleek design. Also showcased is an oil painting of Antwerp, Belgium. Interested collectors can also explore abstract paintings, earthenware, urns, glassware, and monochromatic ceramics. Explore the full listings and register to bid online on Bidsquare.