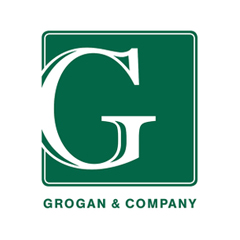 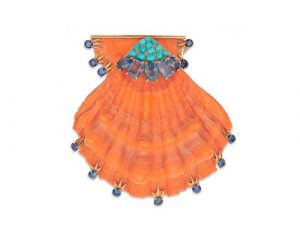 A platinum ring with a Kashmir blue sapphire weighing 4.81 carats is featured in the upcoming Spring Auction, presented by Grogan & Company. Kashmir sapphires have gained popularity for their signature velvet-like hue. This Marcus & Co. ring belonged to Nannette Eleanor Hoover Campanella, the first female head cheerleader of the Ohio State University team. Dr. Lawrence B. Dietrich Jr., a missionary priest, used this ring to propose to her in the 1970s. A second marriage for Campanella, the ring marked the beginning of a long and happy life together.

Another key lot featured in the auction is a gouache painting by Jane Peterson, a 19th-century American Impressionist painter. When many of her fellow women artists were painting domestic spaces, she was capturing scenes from around the world seen during her travels. The subject of this piece is Campo Santa Margherita, a Venetian landmark.

Mother and Child, a portrait by Henry Francois Farny, is also among the featured lots. It shows a Native American mother carrying a toddler on her back. The background and emotive faces of the subjects show the artist’s skill in painting details and landscapes. Farny developed an interest in Native American life after growing up near a Seneca Indian reservation in Western Pennsylvania. Theodore Roosevelt once remarked, “[Farny is] preserving for future generations phases of American history that are rapidly passing away.” To view more works from the mentioned artists, as well as jewelry, furniture, Asian art, watches, and collectibles, visit Bidsquare.