The Hundred Antiques: Fine and Decorative 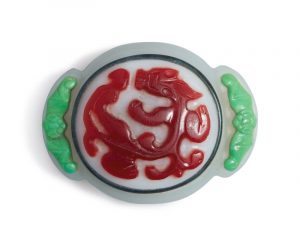 The fahua glaze was developed in the early 13th century during the Yuan dynasty. This low-temperature glaze is used to create shades of blue, green, yellow, purple, and white. Known for its aesthetics, fahua remains a popular glaze for Chinese ceramics. A pair of fahua-glazed figures of seated lions is available in the upcoming Hundred Antiques: Fine and Decorative auction, presented by Sotheby’s.

The auction also features works of fine art, including a piece from Taiwanese sculptor Ju Ming. At the age of 15, the artist entered the world of art as a wood-carver. It was only after he came under the influence of Yuyu Yang, a significant sculptor and pioneer of the modern art movement, that Ju began developing a fondness for painting and sculpture. The available ink and color on paper piece shows two women resting beside each other. For more information or to place a bid, visit Sotheby’s.