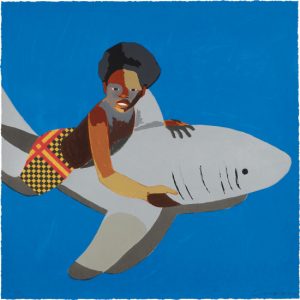 Collecting artworks has been made more interesting and less difficult with the Summer School auction by Philips. The auction will host contemporary masterpieces and editions by popular artists like Derrick Adams, Sarah Crowner, Jonas Wood, and many others. An untitled Gouache on sewn canvas signed “Sarah Crowner 2010” is the item with highest bids. I Dream the Perfect Day in New York City titled 1977 Gelatin silver print by Duane Michals, a 1981 Pastel and graphite on paper by Ed Clark, and From Point to Mass #4, a 1988 Sumi ink on paper by Jack Whitten are among the most attractive lots. Glass House by Nick van Woert and Vanitas (Sgabello) by Nicola Bolla are the most sought after among scupltures. For an elaborate description and display of the collectibles visit Philips.com