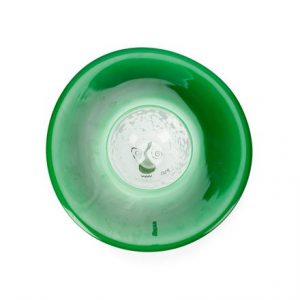 Nikolay Milioti was a key figure in the Russian ‘Blue Rose’ group. He drew his inspiration from the mystical imagery of Mikhail Vrubel. A 19th-century floral still life by the Russian artist is a key lot in the upcoming two-session Studio Decorative Art Auction and Studio Fine Art Auction, offered by John Moran Auctioneers, Inc.

A sculpture composed of steel, enamel, and brass pivoting rings on a plinth by Betty Hoenshell Younger is another featured piece. Known as the “Woman of Steel,” Younger’s steel sculptures are rooted in the abstract. Starting her career with jewelry, she was inspired by the Bauhaus movement to take up large-scale sculpting in 1990. Her stainless steel sculptures include graphic shapes and curving lines. One of her sculptures won the silver medal at the 2000 Olympic Art Committee. Also among the featured lots is a 20th-century Francis I sterling silver flatware set by Reed & Barton. One of the oldest silversmiths in America, Reed & Barton produced stainless steel flatware for soldiers in World War I and was chosen to design and produce the medals in the 1996 Atlanta Olympics. To explore the full catalog and register to bid, visit  John Moran Auctioneers, Inc.