Starting at $1 – No Reserve Collectibles Auction 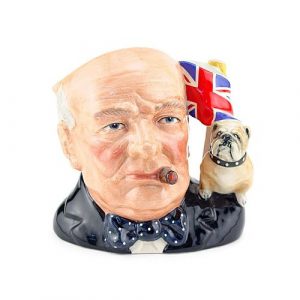 The upcoming No Reserve Collectibles Auction, presented by Whitley’s Auctioneers, will offer almost 600 lots of ceramics and porcelain. Highlighted are character jugs and figurines from Royal Doulton, Doulton Lambeth, and Cybis. Among the featured lots is a Charles George Gordon Royal Doulton jug from 1991. This character jug, commissioned by U.K. International Ceramics and designed by William K. Harper, shows the face of General Gordon in red, blue, orange, and gold colors. The handle of the jug is shaped like a camel. The word “Khartoum” is written around its neck, noting the place where the general was besieged and killed while rescuing an Egyptian garrison. A 20th-century bisque figurine is also available. The piece depicts a young girl dressed in a white and blue frock. A tree trunk and flowers are positioned to her left.

The sale also offers over 150 lots of miniature crest-ware from Goss, Arcadian, and Carlton. Highlighted among them is a Goss St. Paul’s Cathedral sculpture from 1950. View the full catalog and register to bid for these items on Bidsquare.