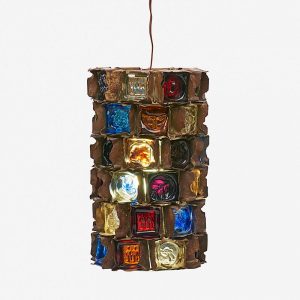 Two intricate Christofle candelabras from prominent designer Emile Reiber represent a mix of Japanese metalwork and cloisonné. Reiber’s love for Japanese motifs is observed in many of his designs, including these works. Rago’s upcoming Remix: Classic + Contemporary auction will highlight these candelabras as the intersection of modernism and antiquity.

The sale will include décor in a variety of styles, from American to English, Continental to Asian, Modern to Romantic. Contemporary design from Italy and Scandinavia will also be available. Furniture, lighting, and decorative metalwork items by metal craftsman Oscar Bach, who was stylistically dominant during the first half of the 20th century, are featured prominently as well. Explore the full listings and register to bid online on Bidsquare.