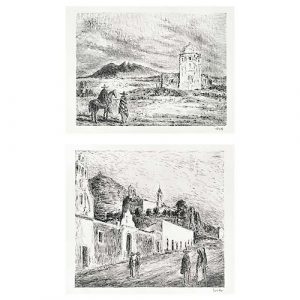 Many important pieces are showcased in the Prints, Multiples and Photography Auction by Morton Subastas includes European and American Vanguards work. One such work is from an American pop artist, Roy Lichtenstein (1923-1997). Lichtenstein was a leading figure in the 1960s art movement. He often parodied comic strips. His 1964 oil painting, As I Opened Fire, a parody of DC Comic’s All-American Men of War, number 90 (March-April 1962), is featured in this auction. This oil painting is sure to increase the value of any art collection.

Another important set are the 24 5X7” Manual Ramos’ photos of Decena Trágica which translates to “tragic tenth”. This is a reference to the ten important days during the Mexican revolution when a military coup overthrew the president of Mexico and began an uprising resulting in the death of nearly 2,000 people, mostly citizens. These 24 pictures capture those days. This selection would be perfect for the Mexican history enthusiast. Visit  today to view all 281 lots and to place bid on Bidsquare.