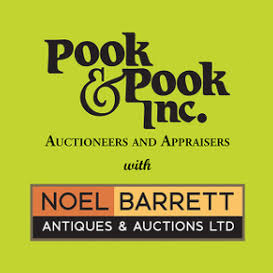 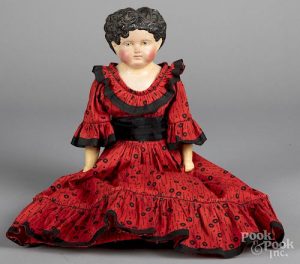 Founded in Lancaster, Pennsylvania by John Hubley, the Hubley Manufacturing Company obtained the exclusive rights to produce toy versions of Harley-Davidson motorcycles in the late 1920s. By the 1930s, Hubley was the leading American manufacturer of realistic, cast-iron toy versions of the bikes. In 1930, the company cast a Harley-Davidson motorcycle with Popeye as its rider. An example of this piece will be featured in the upcoming Online Only Toy Auction presented by Pook & Pook Inc. with Noel Barrett Antiques & Auctions Ltd.

Leading the sale is a model of a 1963 Ferrari engine by Terzo Dalia. Crafted using the same techniques and materials utilized in the full-sized Ferrari factory, the engine is made of over 400 pieces. The model was assembled by hand using screws rather than adhesives or plastic. Additional lots include an antique American Greiner doll made by Ludwig Greiner of Philadelphia and a group of Russian scale model soldiers. View the complete catalog and register to bid online on Bidsquare.