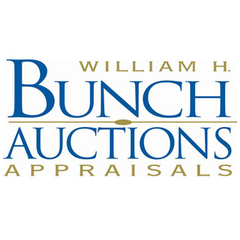 Charles Dickens was an English writer best known for his novels, which included A Tale of Two Cities, Great Expectations, Oliver Twist, Nicholas Nickleby, and David Copperfield. Highlighted in the upcoming sale is a 32-volume set of his works, dated 1894. Also included are various Goebel Hummel figurines, which became popular after World War II. Designed in Germany, the porcelain ornaments are shaped like German children in traditional outfits. An original poster for The Drunkard, or, The Fallen Saved, a moral temperance drama, can also be found. This play was to benefit the temperance movement against the consumption of alcoholic beverages. View the entire collection and register to bid at William Bunch Auctions.