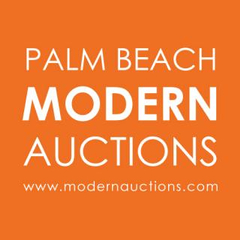 An upcoming sale of Modern + Contemporary Art, Design & Luxury from Palm Beach Modern Auction features a monumental portrait painting by Spanish artist Manolo Valdés. Like many of Valdés’ others, the artwork, titled Jacqueline, takes inspiration from both Pop Art and material art. Larger-sized graphic and sculptural pieces that received critical and public acclaim were particularly prevalent during the second half of the artist’s career.

Other works of contemporary art are also on offer. An available Robert Longo charcoal study drawing titled National Trust is said to represent the darker side of America’s past. In naming the painting, the artist references a side of a national-level organization responsible for preserving beauty. A large Lino Tagliapietra Murano glass vase titled Window is also on sale. Those interested can head to Bidsquare to view the full catalog, bid on interested lots, or view other online auctions.