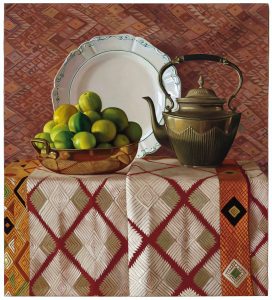 Costa Rica-born Mexican artist Francisco Zúñiga was best known for his nude figural works. To give his sculptures a more realistic presentation, Zúñiga used southeastern Mexican women as his models, sculpting them standing or seated, singly, in pairs, or in groups. His sculptures capture the anatomy of young, mature, and older women, as well as the complexities of femininity. As the artist claimed, “sculpture is an ancient language… it is important that it should be representative of a culture.” Two pieces from Zúñiga will be highlighted in the upcoming Christie’s online auction of Latin American art. Respectively titled Yalalteca and Evelia en un Butaque, the sculptures show women in seated positions.

Mexican artist Rufino Tamayo was known for his many contributions to easel and mural painting, drawing, and graphic arts. In 1973, Tamayo collaborated with printmaker and publisher Luis Remba to create a new medium allowing works that were both mural-sized and three-dimensional. That marked the birth of the Mixografia process. Available in this sale are several lots of Mixografia prints by Tamayo as well as works by Julio Alpuy, Agustín Cárdenas, Carlos Mérida, and Alejandro Obregón. View these lots and register to bid on Christie’s.