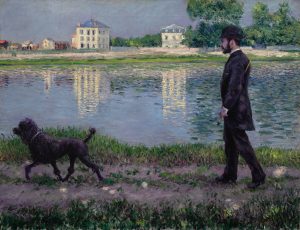 Sotheby’s will present the upcoming Highlights from Impressionists & Modern Art Evening Sale in November of 2019, featuring artists such as Claude Monet, Pablo Picasso, Vincent van Gogh, Auguste Rodin, and Pierre-Auguste Renoir. Monet was a French painter and a founder of the French Impressionist movement. Featured in this auction is his 1903 painting of London’s Charing Cross Bridge. The oil painting shows the railway bridge as seen from Monet’s window in the nearby Savoy Hotel.

Pablo Picasso’s 1934 oil painting, titled Nus, studies motion and energy in three abstracted, intertwined nudes. The work was created during one of the artist’s transitional and exploratory phases, placing it in a separate category from many of his major themes and periods. Edgar Degas was another painter and sculptor of the late 19th century who worked to develop Impressionism and plant the seeds of Modern Art. His pastel work, Femme Prenant Un Tub, is a subdued portrait of a woman bathing. Visit Sotheby’s to view the full collection and to place a bid today.