From Drawing Room to Battlefield: Fine Art & Antiques of the 18th-21st Century 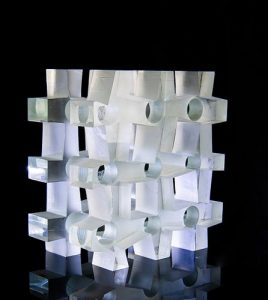 As Europe’s first manufacturer of fine porcelain, Meissen established itself as an early innovator in Western ceramics, striking fascination among the elite and nobles. Since the factory’s foundation in 1708 by Saxon ruler Augustus II, the Meissen formula has produced a wide range of wares and sculptures. Called “white gold” owing to its rarity and high price, Meissen remains one of the leading porcelain manufacturers in Europe. Over 80 porcelain pieces by Meissen are featured in the upcoming auction, presented by Oakridge Auction Gallery. Highlighted in the sale is a Cupid on Bicycle figure sculpture by Meissen. The piece shows a boyish Cupid bent over the handlebars of his bicycle with a pink drape streaming behind him.

Beyond decorative arts, the sale also offers over 50 lots of fine art and jewelry. One of the key items is a painting by British artist J. M. W. Turner. His works capturing different times of day earned him the title of “the painter of light.” The available piece, titled Bonneville in Savoy, is believed to have been painted during Turner’s student years. The lot comes with the history of the piece and purchase documentation. Also offered is a “Dog River” Confederate sword, modeled after the US M1860. View these lots and register to bid on Bidsquare.