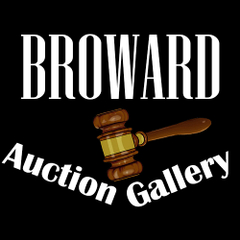 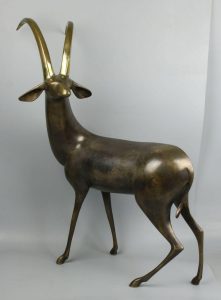 Broward Auction Gallery presents over 400 pieces of fine and decorative art in their upcoming auction. An untitled abstract painting by Esteban Vicente is one of the featured lots. Vicente moved to New York City from Spain in 1939, where he met and was influenced by notable Abstract Expressionists Willem de Kooning and Jackson Pollock. This painting comes to auction from New York collector Ruth Vered, who knew the artist and even hosted his exhibitions in her galleries.

20th-century art collectors can also consider an untitled piece by American artist Llyn Foulkes. The painting was produced in 1961, the same year as his first solo exhibition at the Ferus Gallery in Los Angeles. Later in his career, Foulkes would be known for repurposing pop culture icons such as Mickey Mouse within his pieces. Also available in this auction are works of decorative art, including a bronze antelope by Loet Vanderveen and a 19th-century urn from Dresden. View each of the lots and register to bid on Invaluable.