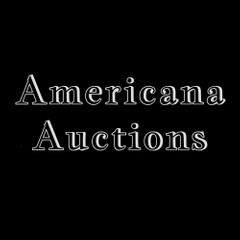 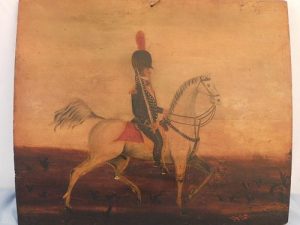 Born in 1757, Aaron Willard was considered one of the most significant horologists of his time. His clocks were the first to be economically accessible throughout the United States. Offered in Americana Auctions’ upcoming sale is a Willard mahogany tall clock. This early American piece features the original floral painted metal dial as well as the original winding key. The interior paper label is also authentic. The clock stands 98 inches tall and is 19.5 inches wide. Another key lot in this Excellent Fall Estates Auction is a mixed media drawing by Adolf Hitler. Before he became the leader of the Nazi Party in 1933, the infamous dictator was an artist. This ink and watercolor drawing shows a dark mansion in a wooded area. The work is signed A. Hitler and comes with a certificate of authenticity.

Other lots in this sale include an 1805 oil painting by F. Kemmelmeyer, a Chinese abalone room screen, and a group of four nautical books published in the 1800s. View the whole catalog and place a bid at Bidsquare.