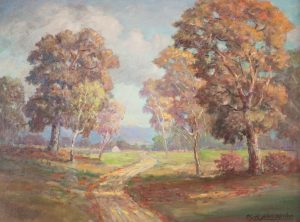 The founder of the American Society of Mechanical Engineers, Charles Brinckerhoff Richards, was assigned the task of designing a new conversion mechanism for Colt. The demand of the U.S. Army for metallic cartridge revolvers led to the design of the “Richards Conversion.” The upcoming O’Gallerie auction highlights a Colt model 1860 Army revolver implemented with the second model Richards Conversion. The 1871 revolver consists of a .44 caliber, six-shot cylinder with an engraving of a naval scene.

Also presented is a collection of wine and spirits. Showcased among them is a 1994 Bonnes-Mares Grand Cru by wine manufacturer Domaine Dujac. The auction will also feature Marie No.1, Lips, a gelatin silver print by photographer Jan Saudek. A combination of painting and photography techniques is among the distinguishing features of Saudek’s work. Collectors can also explore Chinese Famille Rose porcelain, Persian Kashmar rugs, diamond jewelry, and sculptures. View the full listings and register to bid online on Invaluable.