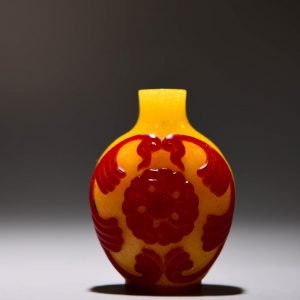 In Buddhism, Manjusri is believed to be the deity of wisdom. Mythology suggests that Manjusri, represented in a male form, carries the “Sword of Wisdom” and uses it to destroy the darkness of ignorance. A sculpture of Manjusri from China is highlighted in the upcoming Chinese Antiques & Fine Arts auction, presented by BIDIT Auctions. Shown in a sitting posture, Manjusri’s hands are placed in the dharmachakra mudra. The figure wears jewelry and head ornaments.

Also available is a sculpture of the Yellow Jambhala, considered the most popular and powerful of the Wealth Gods. He is thought to be the manifestation of Buddha Ratnasambhava, the Buddha of Giving. He is usually shown in a sitting posture with the right hand in the varada mudra. The left holds a mongoose that produces jewels to give to the needy. Another item of interest is a set of 29 Chinese tangka paintings. A tangka is a traditionally Tibetan silk painting with embroidery, usually depicting a Buddhist deity, famous scene, or mandala. Register to bid and view each lot on Invaluable.