Conflicts of the 19th and 20th Centuries 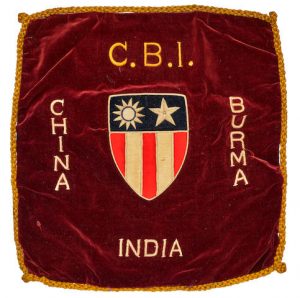 The impacts of many 20th-century world conflicts continue to resonate today. From World War I and II to the Korean and Vietnam wars and the Cuban Revolution, Bonhams will offer collectors parts of this global history in the upcoming political memorabilia auction. Particularly featured is a 26th of July Movement flag. Fidel Castro led the 26th of July Movement as a revolt against the dictatorship of Cuban President Fulgencio Batista, initiating the Cuban Revolution. The offered flag is dated September 7th, 1958, and is signed by Fidel Castro, Che Guevara, and Camillo Cienfuegos. Also included in the lot is a revolutionary armband.

Showcased in this sale is a piece of fuselage from a Lafayette Escadrille aircraft. In 1916, during World War I, the Lafayette Escadrille was a French unit mostly comprised of American volunteers. This piece of fuselage is painted with a Native American head insignia, complete with full headdress. “Escadrille Lafayette” is painted in the lower left and it is marked with the German iron cross, meaning one German plane down. Another lot of interest is Theodore “Dutch” Van Kirk’s collection of navigator logs. These logs detail flights from the Kwajalein air force base on the Marshall Islands to Bikini Atoll during the atomic bomb tests of World War II’s Operation Crossroads. View the entire collection and place a bid by visiting the Bonhams website.