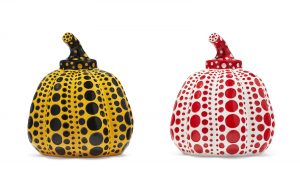 A gelatin silver photographic print titled Frankfurt Airport VII: April 24, 2001 is one of the leading items in the upcoming auction presented by Christie’s. The photograph, created by Vera Lutter, is included among the 92 available lots. Lutter is a German photographer admired for her work with camera obscura (pinhole camera) made by the artist herself from plywood. Her photos are usually flush-mounted on aluminum, including the piece available in this auction.

Another top item of the sale is Aparecida (from Pictures of Aftermath), a chromogenic print by Vik Muniz. According to Artnet, “The artist is an influential contemporary Brazilian artist best known for his complex photographic works… exhibited at the Solomon R. Guggenheim Museum in New York, and The Museum of Modern Art in New York, among others.” Other pieces of interest such as This Range by Sterling Ruby and a mushroom sculpture by Roxy Paine can also be found in the catalog. To register to bid, visit Christie’s.