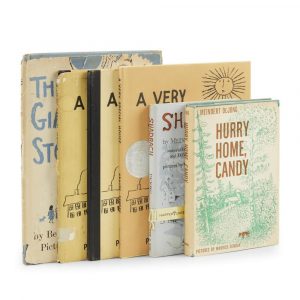 Though best known as one of America’s greatest inventors, it should also be noted that Thomas Alva Edison was also one of America’s savviest businessmen. Both of Edison’s professions are on display in the upcoming Books, Maps & Manuscripts auction, offered by Freeman’s. There are many Edison-related items in the sale, including letters and personally signed documents. One available item is the signed first agreement between Edison and the Western Union Telegraph Co., which funded Edison’s work on the telegraph. The letter is signed by Edison and counter-signed by William Orton, then President of Western Union Telegraph Co., as well as A.R. Brewer, the Secretary of Western Union.

Beyond the documents, a hand-made scientific instrument from Edison’s laboratory that he likely used to demonstrate electricity will be available. Other Edison lots in this sale include one of his original incandescent lightbulbs, several photographic portraits, a number of letters, a set of photos of his Menlo Park laboratory, signed stock certificates, and more. In total, there are 50 lots relating to Thomas Edison.

There is also a selection of books and manuscripts of interest in this sale, including several first and rare editions of J.K. Rowling’s Harry Potter series. There are six lots related to the franchise in this sale, each with a different appeal. One available item is a limited-edition, signed copy of The Goblet of Fire. Another includes the first American editions of two of the books from the series. There is also a large selection of children’s books by a variety of authors, many lots containing more than one book.

Presented in the sale are several complete serialized first edition sets (that were originally distributed once a month) by Charles Dickens, including Little Dorrit, The Mystery of Edwin Drood, Sketches by Boz, and The Posthumous Papers of the Pickwick Club. Also available are first edition copies of Dickens’ complete books, including A Tale of Two Cities, The Life and Adventures of Nicholas Nickleby, and The Life and Adventures of Martin Chuzzlewit. Rare documents and artistic items presented in the sale include a photograph of Mark Twain, many hand-colored engravings by John James Audubon, a signed photograph of Winston Churchill, and a movie poster for An Affair to Remember. View any of these lots and register to bid on Freeman’s.