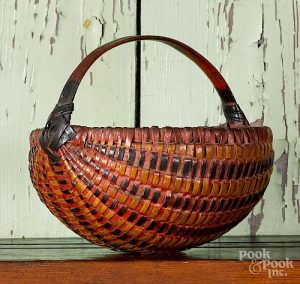 Pook & Pook, Inc. presents important Americana collectibles in its upcoming two-day auction. A signed document by the first President of the United States, George Washington, will feature prominently on the second day of this auction. It details the appointment of Anthony Wayne to Major General of the Legion of the United States of America. The birth of the United States Army can be associated with this document.

The auction also features a variety of Pennsylvanian furniture, including chests, tables, cupboards, and settees. Among them is a William and Mary spice chest. This box has a herringbone bordered door and nine enclosed drawers. A turtle back table lamp by Tiffany Studios is another featured piece of decorative art. The lamp’s green and brown dome-shaped glass shade gives the turtle back its name. Interested bidders can also explore paintings, clocks, figurines, woodenware, and stoneware. Explore the full listings and register to bid online on Bidsquare.