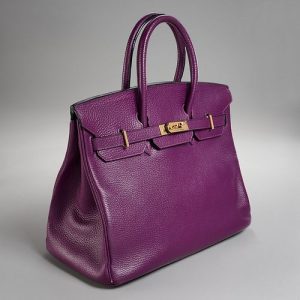 Thierry Hermès founded the Hermès brand in 1837 as a harness workshop in Paris. Originally, he intended to provide saddles, bridles, and other leather riding gear for European noblemen. Between 1880 and 1900, the French brand extended its offerings to include leather handbags, travel bags, and its signature scarves. An Anemone Togo Birkin leather bag from Hermès is one of the leading lots at the upcoming ABC: Fashion & Accessories auction, presented by Millea Bros. It features gold-tone hardware, rolled handles, and a flap pocket.

The auction also features a 1967 Krugerrand gold coin. Depicting a springbok antelope, the Krugerrand was the first modern gold bullion coin ever produced in South Africa. In the 1980s, as the demand for gold bullion soared, it became one of the most popular bullion coins in the world. Another noteworthy item is a 20th-century diamond ring set with cabochon-cut jade. It features a 1.85-carat baguette diamond and round diamonds of S12 clarity. To view the complete catalog and register to bid online, visit Bidsquare.